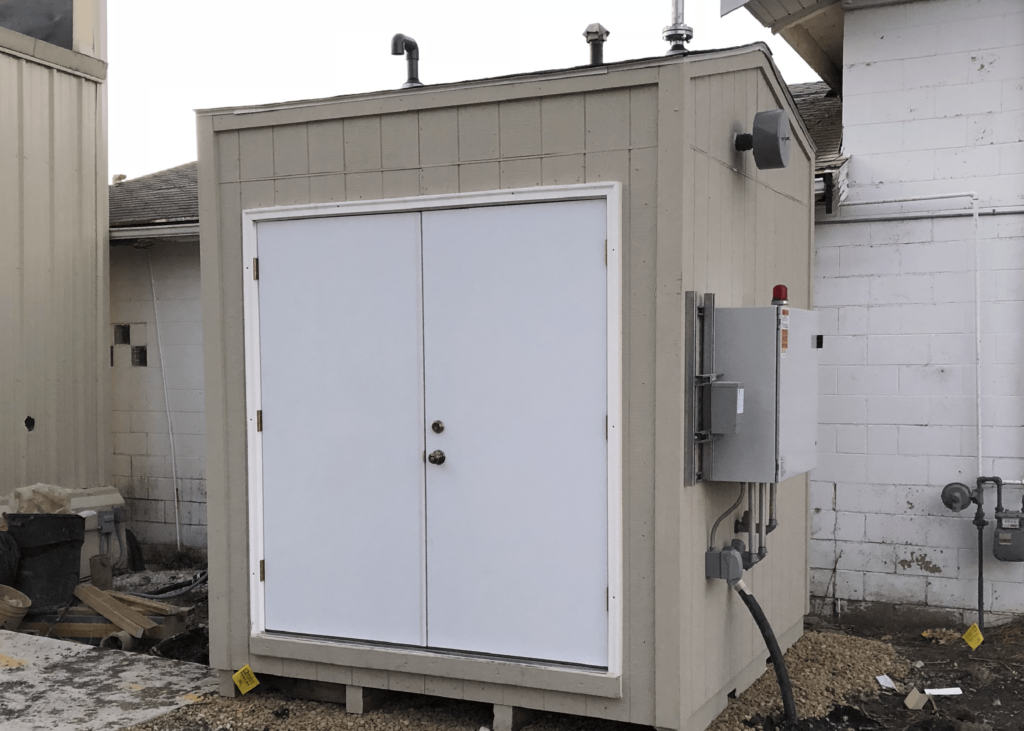 In spring 2011, Evora was contracted by K & H Cooperative to review the available soil and groundwater data and create a corrective action plan that would address vapors that had been reported at a property adjacent to the site.

As part of Evora’s proposed corrective action, a high vacuum extraction (HVE) event was completed. The HVE event utilized a truck mounted vacuum to extract petroleum vapors from the soils surrounding monitoring wells and determine if a soil vapor extraction (SVE) remediation system would be effective at the site. Following the results of the HVE event, a SVE system was selected as the appropriate remediation action for the site. The SVE system operated through early 2017, at which point the Iowa DNR approved deactivation of the system.

During the years the system was operational, Evora assisted K & H with additional activities at the site including the removal of three USTs as well as an approximately 700-yard over-excavation of soil and debris. Between 2013 and 2017, quarterly soil and groundwater sampling events were completed, in conjunction with monthly SVE system operation and maintenance, to monitor the effectiveness of the remediation system.

After deactivation of the SVE system in early 2017, it was determined that vapor bearing soils remained at the site in locations that were not accessible by the remediation system, including under the site building. Evora proposed a technological control to address the remaining at-risk receptors, which included the basement located on the adjacent property as well as the sanitary sewers. The technological control consisted of a sub-slab vapor removal system coupled with the installation of a vapor barrier in the adjacent property basement. This vapor barrier included installation of a non-permeable plastic-like layer covered with concrete for protection.  The sub-slab vapor system was comprised of three explosion proof sump pumps with sealed lids connected to a set of carbon filters that removed contaminants from the groundwater prior to discharge. The water from the sump was discharged into the storm drain, which required completion of an anti-degradation alternative analysis and National Pollutant Discharge Elimination System (NDPES) Individual Wastewater Permit. The vapor extraction portion of the system consisted of a blower that evacuated the vapors up a stack and out into the ambient air. Monthly system maintenance, sampling, and NDPES reporting was required following the installation of the technological control system that was completed in January 2018.

After approximately two years of operation, water samples obtained prior to treatment indicated petroleum concentrations met the State of Iowa requirements for discharge to the City of Corwith stormwater system. Iowa DNR allowed the water from the system to be discharged to stormwater with no treatment. After rescinding the NPDES permit, the groundwater remediation system was deactivated, leaving only the sump pumps with vapor treatment. Upon deactivation of the groundwater treatment portion of the remediation system, soil sampling was completed as the final step before reclassification. The soil analytical results indicated the petroleum hydrocarbon concentrations were below state action levels, which allowed the site to receive a no further action classification.